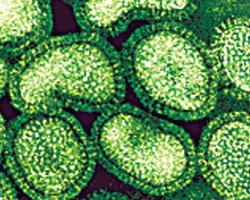 The College of Veterinary Medicine at the China Agricultural University yesterday announced that 2 out of 52 sick dogs tested for pandemic H1N1 swine flu have tested positive for the virus. A spokesman said that the genetic composition of the virus was 99% homologous to the composition of samples found in humans. Because of the lack of previous exposure to this virus, dogs have no natural immunity influenza viruses. H1N1 is in the same family of influenza viruses as equine influenza (H3N8), which in 2004 was discovered to be responsible for Canine Influenza.

"If animals can get infected from humans, then the reverse is also true. But there is no need to panic in this case," said Feng Zijian, director of emergency response for the Chinese Center for Disease Control and Prevention. And an expert at the Beijing Agricultural Bureau told the Beijing Times that the infected dogs, which were probably infected by their owners, are contagious to other dogs.

However, the American Veterinary Medical Association (AVMA) has been unable to confirm the Chinese reports, and maintains that "to date, there have not been any confirmed cases of dogs infected with 2009 H1N1 influenza". The news comes just weeks after the first ferrets and cats in the United States have been confirmed as being infected, leading to the death of one cat in Oregon. 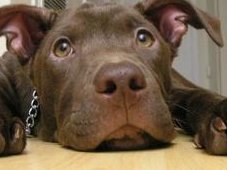 Keeping a Clean House with a Canine

Jun 29, 2017 admin Comments Off on Keeping a Clean House with a Canine

Teach Your Dog Not to Eliminate in Your Garden

Jun 29, 2017 admin Comments Off on Teach Your Dog Not to Eliminate in Your Garden 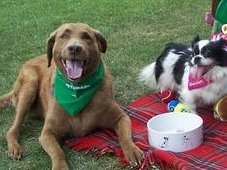