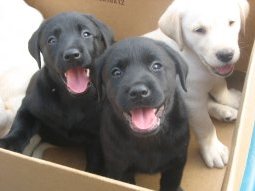 The California Senate has passed a bill that would require mandatory spaying/neutering of the state's cats and dogs.

Senate Bill 250, formerly known as the California Healthy Pets Act and now cited as the California Responsible Pet Ownership Act, will require the spaying or neutering of all dogs over six months of age, excluding hunting and working dogs – thanks to a last-minute amendment. Any cat over six months of age that is not kept strictly indoors, described as "free roaming", is also required to be spayed or neutered. Owners wishing to keep an unaltered dog will be required to obtain a permit, for which they may be asked to pay for depending on the jurisdiction in which they live.

On June 1st, the senate rejected the bill by 16-15, where 21 votes are required for passage. However, on June 2nd, the senate approved the bill by 21-16, after it was amended to authorize local governments to use existing procedures to issue intact dog licenses or to charge a fee for procedures related to the administration of unaltered dog licenses. Included in the June 2nd amendments was the assurance that a cat escaping from it’s yard for the first time would not be subject to the measure.

The bill’s name ("250") is thought to represent the $250 million the state spends annually to house homeless pets. The bill was sponsored by Senate Majority Leader Dean Florez, and was backed by Social Compassion in Legislation and other humane societies, which say that the bill will ultimately reduce rates of euthanasia in the state and subsequently save tax dollars. When the same sort of ordinance was adopted in Santa Cruz, euthanasia there dropped by 60%.

"I think we can all agree that the quarter of a billion dollars we spend to house and kill unwanted pets could be much better spent protecting health care for the elderly and education for our children. Critics of past efforts to encourage spaying and neutering have said clearly that any legislative solution to our shelter crisis must focus on owner responsibility, and I believe this measure does just that," Florez said.

Jun 29, 2017 admin Comments Off on Cat Massage – A Hands-On Experience