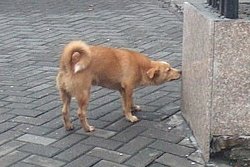 A citywide dog cull of all unlicensed dogs in Beijing is expected to start shortly after reports of biting incidents and rising levels of rabies infection.

Local people in the district of Qinhuangdao, near Beijing, were given notification in early September that they must register and vaccinate their dog by September 10th, after which local police would kill all dogs which were not registered and vaccinated over 1 foot high or of a breed considered "dangerous". The dog’s owner will then be fined to repay the authorities for their time. However, it has been several weeks since the deadline has passed, and pressure groups are optimistic that the city government may have called off the culling.

The International Fund for Animal Welfare (IFAW) says that previous dog culling in China has involved "dog-beating squads" – otherwise unemployed people with no specialist skills, who will use sticks and bats to beat the dogs to death. While authorities are attributing the plan to recent dog-biting incidents in the area, the IFAW Regional Director, Grace Ge Gabriel said, "To pick this time to enforce the dog regulation, it is obvious that Qinhuangdao hopes to clean the streets and put on a good show for China’s National Day on October 1st. The killing of dogs that have rightful owners is a violation of the basic rights of a Chinese citizen."

China’s heavily populated areas do not have adequate rabies prevention programs, or responsible pet ownership education. In cities where dog populations spiral out of control so rapidly, city governments often resort to the mass killing of dogs to control populations and prevent rabies outbreaks. Over 40,000 dogs were killed in Shaanxi Province in May in a similar culling exercise.

Meanwhile, China’s national government has drafted its first animal welfare law ready to be submitted to the government by the end of the year. Only endangered species are currently protected, and there is no penalty for hurting or killing other animals. The new draft law aims to ban indiscriminate animal abuse, including dog culls, and violators could face up to three years in jail. However, it could be up to 10 years before the bill is passed into law.