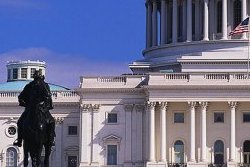 An increase in the online availability of videos depicting animal cruelty has resulted from the overturning of the Federal Depiction of Animal Cruelty Law in July, leading to fresh calls for a change in the law.

The Humane Society of the United States (HSUS) believes that the enactment of the Federal Depiction of Animal Cruelty Law in 1999 slowed the proliferation of animal cruelty videos and also videos of dog-fighting operations. However, the law was overturned in July by the 3rd US Circuit Court of Appeals which ruled that these films were protected as free speech. Since this ruling, an investigation by the HSUS has uncovered a resurgence in the sale of "animal crush" videos on the internet, in which small animals are intentionally tortured and crushed.

On one website, 118 videos were for sale, featuring cats, rabbits, hamsters, mice, tortoises, quail, chicken, ducks, frogs and snakes being burned, drowned and even worse. These videos were easy to buy, and were priced from $20 to over $100. Another website offered 12 videos featuring rabbits, and yet another offered videos for sale featuring newborn mice.

"We wouldn’t allow people to sell videos of people actually abusing children and raping women, and for good reason. It’s vital to protect the community from the violence that flows from those who perpetrate such inexcusable crimes," said Senator Jim Moran. "The same legal principles apply to the malicious acts of cruelty revealed by The HSUS’ recent crush video investigation. We do not tolerate illegal animal abuse, and we should not tolerate those who profit from it."

On October 6th, the US Supreme Court is due to reconsider the constitutionality of a federal anti-animal cruelty law, a law which is described as the "only tool available to crack down on this horrific form of extreme animal cruelty" by Wayne Pacelle, president and CEO of the HSUS. However, among the groups apposed to the Federal Depiction of Animal Cruelty Law are artists, who say that animals are already protected by animal cruelty laws, and that the mere depiction of animal cruelty should not be outlawed.