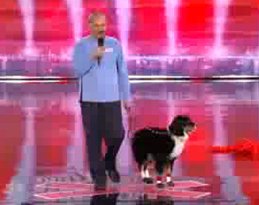 An Australian Shepherd dog has received a standing ovation on NBC's "America's Got Talent" after showing off his Frisbee and acrobatic skills on front of a live audience.

Rockin’ Rory – a 7 year-old Australian Shepherd dog – and his owner Tony Hoard are from New Castle, Indiana. Hoard bought Rory after finding him in a newspaper advert several years ago. After filling out an application on the show’s website, he was invited to Chicago to audition.

After an incredible performance from the pair, including Rory balancing on Hoard’s feet while he was on his back, catching Frisbees and lots of twists and turns, the performance was described by the show’s judge Piers Morgan as "the incredible flying dog".

"That’s the most incredible thing I’ve ever seen", said Morgan. The dog received three "Yes" votes to go through to the next round of the show, to be hosted in Las Vegas.

"When you participate in Frisbee, it’s not only fun, it enhances the bond you have with your dog", says Tom Wehrli, of the Unified Frisbeedog Operations (UFO). Wehrli says playing Frisbee just once at day for 15 minutes can, for some dogs, be enough of an outlet to stave off destructive behavior. 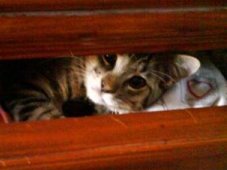