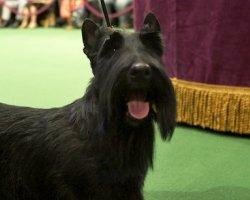 The American Kennel Club® (AKC) has announced that it will begin offering the Grand Champion Title at AKC Conformation events from May, in a move that might encourage more dogs with the title of Champion to continue competing.

From May 12th 2010, all AKC all-breed, group and specialty shows will allow dogs who have already been awarded the Champion of Record title to compete for the new title of Grand Champion. The move gives owners of Champions the opportunity to return to the show ring and further prove the quality of their breeding stock. All Champions of Record entered in the Best of Breed/Variety competition will be eligible to compete for Grand Championship points, and there is no additional entry fee. Grand Championship points will be awarded, at the judge’s discretion, to the following placements: Best of Breed/Variety, Best of Opposite Sex, Select Dog and Select Bitch.

"AKC Conformation is meant to be an evaluation and showcase for breeding stock. Many Champions are retired after earning their titles and this creates a dilemma for breeders. We are excited to offer the Grand Champion title as a way to encourage these quality dogs to return to the ring," said Robin Stansell, AKC Vice President of Event Operations. "AKC Companion and Performance events offer multiple titles to celebrate achievement in competition at various levels in the sport. It is only natural to offer a Grand Champion title to Conformation exhibitors so that they too can compete and excel with their dogs at a whole new level."

Jun 29, 2017 admin Comments Off on Care of Red Footed Tortoise

Play A Snow Game for Dogs