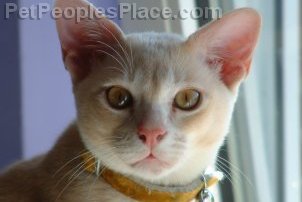 According to British scientists older cats can suffer from a feline form of Alzheimer's disease, which is the leading cause of dementia in elderly humans, afflicting about 12 million people worldwide.

The University of Edinburgh’s Royal School of Veterinary Studies, in collaboration with partners in Scotland and California, started the research after researcher Danielle Gunn-Moore noticed signs of senility in her own cat when he was eight years old. Scientists found abnormal proteins similar to those in humans in the brains of diseased cats during routine autopsies by using special tests.

And researchers suspect other animals, including dogs, are also susceptible to Alzheimer’s and other types of dementia. Cats age much quicker than humans and could provide vital information about the ageing process, the development of dementia and potential treatments for animals and humans.

"I suspect that a lot of animals simply never get that old," said Dr Gunn-Moore. "If they are in the wild it would be very unusual for an animal to still be alive to the point it could develop Alzheimer’s. But we are keeping our pet cats alive longer and longer."

Early signs of feline dementia include behavioral changes, loss of litter-box training and night crying due to alterations in sleep cycles. Researchers point to a healthy diet, mental stimulation and companionship as ways to limit the risk of developing the illness.