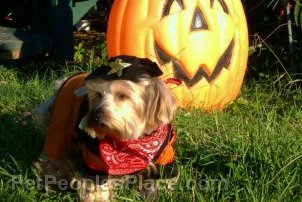 The American Pet Products Manufacturers Association, a Greenwich-based trade group, reports that Halloween has surpassed Christmas as the fastest-growing holiday for pet spending – with 2.5 million more people involving their pets than two years ago. This fits with the fact that overall spending on pets is on the rise – more than doubling from $17 billion in 1994 to an estimated $38.4 billion this year.

In fact, the pet category is bigger in sales than other consumer segments such as toys, jewelry and candy. With people increasingly treating their pets more like family members than domestic animals, the trend is being driven mostly by married couples putting off starting families and baby boomers adjusting to empty nests. Another factor is that more Americans now have pets or more than just one pet – about 66% of households now have at least one pet.

And Halloween isn’t the only season when human holiday traditions are transferred to pets. Christmas and pets’ birthdays are also proving bumper sales times for shop keepers. More than a quarter of the nation’s dog owners buy birthday presents for their dogs. However, not all pets are equal… dog owners spend an average of $13 per gift and cat owners $30 per gift. 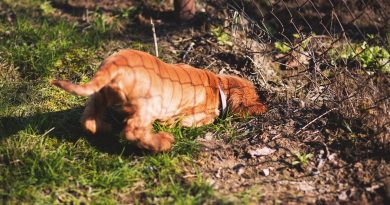