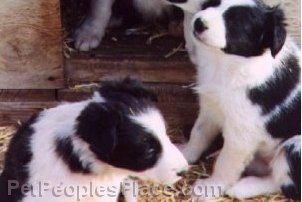 A new study suggests that consumers who buy their puppies from pet stores may be unwittingly buying a sick or dying animal that originated in a puppy mill.

The Humane Society of the United States (HSUS) conducted the survey over a four-month period, using two different techniques. The first measurement involved the monitoring of phone calls and emails to the HSUS. Out of 117 phone calls and emails from consumers, many of whom had purchased a new puppy from a pet store, 63 puppies had an illness (i.e. parvovirus, giardia); 25 had a congenital defect (i.e., severe hip dysplasia or a neurological disorder); 5 had severe temperament issues; and 23 puppies died within weeks of bringing them home from the store. It is not known however just how many puppies were purchased in total during that time period.

The second source of information was volunteers from the general pubic, who were invited to download a web-based questionnaire and take it to their local pet store to ask questions about where the shop owner was getting their puppies from. The "Pet Store Challenge" results cover 27 pet stores in 15 states. Of those, 21 pet stores either refused to take the challenge or would not show any documentation regarding the origination of their puppies. The other 6 stores showed minimal paperwork or stated that they get their puppies from "breeders", but did not specify if those were commercial breeding operations, commonly known as puppy mills. Of those 6, 1 store clerk admitted that the store did get its puppies from a mill.

According to Stephanie Shain, director of outreach for companion animals for the HSUS, stores that claimed that their puppies come from breeders but refused to show paperwork often have "something to hide".

The HSUS concluded that most puppies in stores had been shipped in from distant states, and cited the additional stress on puppies of traveling long distances – sometimes in extreme temperatures. While it is the case that many dogs purchased clearly originated in puppy mills, the extent of the problem continues to be an unknown quantity. 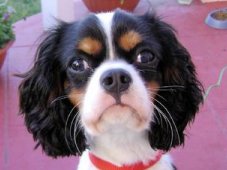 Jun 29, 2017 admin Comments Off on Hand-Rearing Kittens: Fleas and Ticks

Jun 29, 2017 admin Comments Off on Diseases of Older Cats