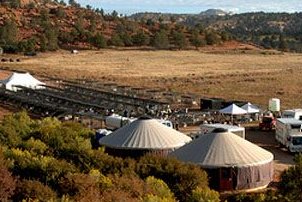 Around 300 homeless dogs and cats left behind by owners fleeing Lebanon during the recent war will be heading to new sanctuaries in the United States for adoption. Mona Khoury, co-founder of the humane society Beirut for the Ethical Treatment of Animals (BETA) said about 150 dogs and a similar number of cats were flown out on a special flight on Monday.?

BETA is involved in the project with the American animal society Best Friends. A statement from Best Friends issued in Kanab, Utah, said the homeless pets from Beirut will be airlifted to Best Friends Animal Sanctuary, America’s largest refuge for abused and abandoned pets.

"We made a commitment to bring these homeless pets to safety," said Michael Mountain, president of Best Friends. "We’ve raised approx. $180,000 to rescue and care for all these animals, and for the airlift. But we’re still looking for approx. $200 per dog or cat to bring them all to safety."

"We’ve already had lots of adoption offers," Mountain continued, adding that "by bringing these homeless pets to this country, we’re enabling the good people at BETA to rebuild their shelters and restart their rescue work."

At the start of the 34-day hostilities July 12, BETA had to move dogs and cats from a shelter near a Hezbollah stronghold in Beirut that was repeatedly pounded by Israeli warplanes to a hilltop farm in Monteverde in the hills overlooking Beirut.

BETA has collected many pets left behind by people who had to leave the country. Tens of thousands of foreigners or Lebanese with foreign passports left the country in July and August during the heavy fighting, many on the recommendations of their governments which organized evacuations by land or sea. Pets were not accepted in the evacuations and many had to be left behind. 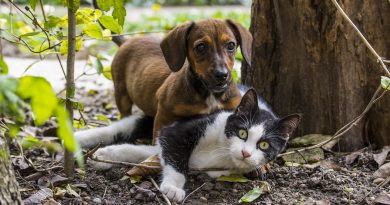 Mar 19, 2019 KristaLB Comments Off on 5 Fun and Creative Ways to Make Money with Your Dog (or Cat) 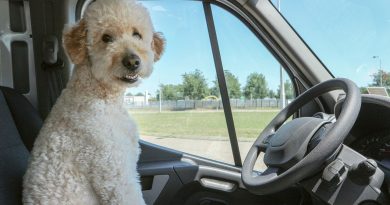