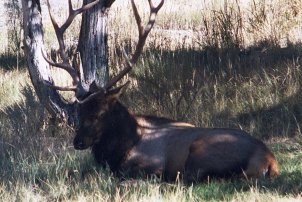 In a letter to Brokeback Mountain director Ang Lee, the American Humane Association - the authority behind the "No Animals Were Harmed"® End Credit Disclaimer on film and television productions - expressed dismay over reports that guidelines were violated during the Oscar-nominated movie's filming in Canada.?

Citing numerous public inquiries to American Humane’s Film & Television Unit, President and CEO Marie Belew Wheatley said, "The excessively rough handling of the sheep and horses leaves viewers questioning whether anyone was looking out for the safety of those animals. And many also wonder how the filmmakers got the elk to lose its footing and crumple to the ground ‘on cue’ after being shot. They ask if our safety protocols were in place to protect the animals during filming. The answer is: They were not."

Wheatley said she recently learned that anesthesia was reportedly used on an elk to portray a hunting scene. The practice of anesthetizing animals solely for the purpose of entertainment violates the American Humane Association’s "Guidelines for the Safe Use of Animals in Filmed Media," which is the standard for animal handling practices in the film and television industry.

"Using anesthesia to facilitate filming has been prohibited since 1997 after causing several animal deaths during a production," said Karen Rosa, director of American Humane’s Film & TV Unit. "Regardless of how it’s administered, anesthesia endangers an animal’s life and health. That’s why we require production companies to find alternatives — like humane training or digital enhancement — that create the same effect without jeopardizing the animal’s safety."

The charity contends that "Brokeback Mountain" sends a dangerous and wrong message by not adhering to established animal care guidelines, suggesting that the film industry and the viewing public condone animal endangerment for entertainment’s sake. Because "Brokeback Mountain" was produced in Canada, the production company was able to circumvent use of the Guidelines and oversight by the American Humane Association. "Filming abroad may be a cost-cutting measure, but the animals shouldn’t have to pay the price," Rosa said.

A Leash for Your Ferret