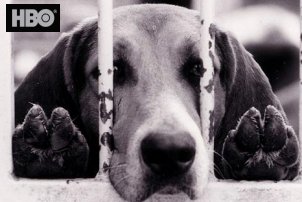 The Humane Society of the United States (HSUS) has praised the new HBO documentary "Dealing Dogs." The film exposes the business of buying and selling dogs for medical research as seen through the hidden camera of an animal-rights activist who infiltrated an Arkansas kennel owned by one of the country's most notorious canine dealers. "Dealing Dogs" premiered this week and has encore airings throughout February and March.?

The documentary chronicles a member of the animal-rights organization, Last Chance for Animals, who went undercover for six months inside Martin Creek Kennels, one of the largest dealers of dogs sold for research. The investigator witnessed and recorded the violent inhumane treatment of hundreds of dogs, as well as illegal transactions conducted by its owner Mr. C.C. Baird.

According to Stephanie Shain, director of outreach for companion animals for The HSUS, "Every year thousands of dogs are sold to veterinary schools and research labs by such dealers as C.C. Baird. These dealers are required by law to provide decent housing and humane care. However, many violate the laws set forth, including housing the dogs in deplorable abusive conditions that this investigation was able to document. We applaud Last Chance For Animals, who was determined to expose this operation, and HBO, who was brave enough to produce and air the film. The viewing audience will be shocked to see this and to know that this is going on across the country – not just in Arkansas."

Shain adds, "Outraged viewers of this film can help stop the abuse of dogs by these dealers by asking their Senators to support the Pet Safety and Protection Act, introduced by Senator Daniel Akaka (D-HI) which would ensure that research facilities look to other sources besides random source Class B dealers for their dogs and cats." The HSUS expects a House version to be introduced soon.

Random source Class B dealers are licensed by the U.S. Department of Agriculture to sell animals to research facilities. They purchase or acquire the animals from random sources including auctions, day trades, flea markets, or "bunchers." "Free-to-good-home" pets advertised in the newspaper, along with stray and stolen pets, may fall prey to "bunchers" who then sell them to Class B dealers, who in turn sell them to animal research facilities for profit. This long line of exchanges makes it a struggle for the USDA to enforce regulations regarding the true source of each animal.

Such dealers are in the business for profit, not for the care of the animals. With only 15 random source Class B dog and cat dealers left who are selling to research facilities, The HSUS is determined to eliminate them altogether, and to ensure that dogs and cats sold to animal research facilities come from reliable sources only. 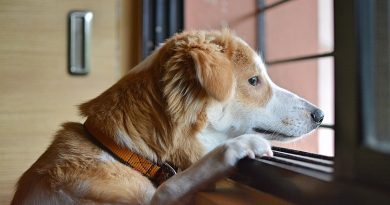 Jun 29, 2017 admin Comments Off on Feeding Your Pet Ferret