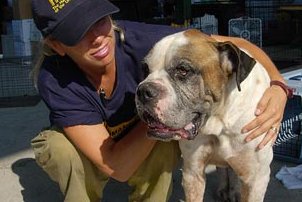 The head of the largest animal welfare organization in the US has claimed that thousands of pets and possibly their owners would be alive today if the federal government had a plan in place for rescuing animals after disasters such as Hurricane Katrina.

The President of the Humane Society of the United States (HSUS) said he planned to call on the federal government to come up with the nation’s first animal rescue plan.

"Government policies forced people to make an awful choice – to be rescued and leave behind their pets or to stay in a stricken city and risk their lives. We want to see a rescue policy that recognizes the incredible bond between people and their pets," said Pacelle, who was in San Francisco for a fundraiser.

Forcing people to agree to be rescued without their animals "fundamentally misreads the psychology at work of 60 percent of households in America (who have pets)," Pacelle said. In New Orleans, he said, many owners decided to stay rather than leave their animals behind. The national Humane Society has led the rescue of some 5,000 abandoned animals but there may be as many as 50,000 stranded pets in Louisiana alone. About 2,000 animals have been taken to a makeshift rescue center in Gonzales, about halfway between Baton Rouge and New Orleans. Dogs, cats, snakes and even a pot-bellied pig are there.

Dozens of animal advocacy groups from California, Colorado, Texas and Florida have volunteered to take animals ranging from dogs and cats to exotic birds. But they need to be rescued first. And authorities prevented Humane Society volunteers from saving animals in the immediate aftermath of Katrina and the New Orleans flood, Pacelle said. Officials in New Orleans then tried to enforce a 30-day quarantine before the animals could be taken out of state. When they dropped that requirement, Humane Society volunteers were still dependent on federal agencies and their rescue equipment. Both FEMA and the Coast Guard said their mandate was to preserve human life under trying circumstances but commanders of the crews on scene had the discretion to rescue animals or pass them by.

And on Wednesday weight was added to the HSUS President’s call by Republican Tom Lantos of California, who added "I cannot help but wonder how many more people could have been saved had they been able to take their pets".

Lantos and several other senators are sponsoring a bill that would require that state and local disaster preparedness plans required for Federal Emergency Management Agency funding include provisions for household pets and service animals. 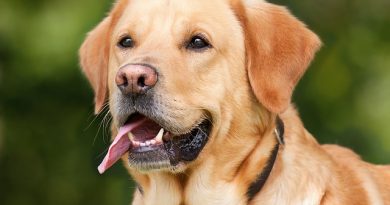 6 Easy Ways to Know if Your Dog is Healthy

May 14, 2019 KristaLB Comments Off on 6 Easy Ways to Know if Your Dog is Healthy