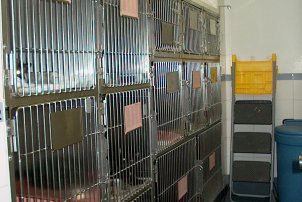 An aggressive feline virus that can kill within hours of the first symptoms has claimed 93 cats at the Anderson Animal Shelter of South Elgin. Most of the affected cats were kittens that had to be euthanized and the remaining cats were quarantined.

The virus, commonly known as feline distemper (also called feline parvovirus), last struck the facility three years ago, but officials said the virus was attacking with unusual fierceness this summer, with the first signs of an outbreak appearing 12 days ago.?

Shelters can be conducive to the spread of viruses because many of the animals are strays that haven’t been vaccinated and are often kept in close quarters with other animals. But with growing pressure in recent years to avoid euthanasia whenever possible, some experts say shelter conditions are even more ripe for the spread of feline distemper and other highly contagious viruses.

"Shelters are under increased, intense pressure, both external and internal, not to euthanize animals," said Kate Pullen, director of animal sheltering issues at the Humane Society of the United States, based in Washington. "So when the public is clamoring for you not to euthanize animals, you have overcrowding. These shelters were not built for long-term housing. I think what we have to ask ourselves is, what would we rather have? Would we rather have animals humanely euthanized. … Or do we want them dying from disease?"

Tests confirmed that 38 of the cats at the Anderson shelter had the virus. The other 55 cats either died of the disease or had to be put down because of strong suspicions that they were also infected, officials said. Feline distemper typically incubates for 3 to 14 days, making it virtually impossible to identify before it has spread. Symptoms include extreme lethargy, vomiting and diarrhea. Strays receive a vaccine when they arrive at the shelter, but it can take weeks to take effect. The virus is not transmittable to other animals, but it can be carried on people’s clothing, and other pets can carry it in their coats. It also can survive in the environment for up to one year.

The best way for cat owners to protect pets in the local area is to keep them indoors at all times and to make sure they are up to date on all vaccinations. The Illinois Department of Agriculture has not seen an increase in reports of the feline virus.?

The Anderson Animal Shelter has stopped accepting cats or adopting them out and has strictly quarantined all rooms where felines are housed. Staff members must wear gowns, caps and shoe covers when entering the rooms and clean off with bleach after leaving them. The shelter also has about 45 dogs and is still taking and placing them. 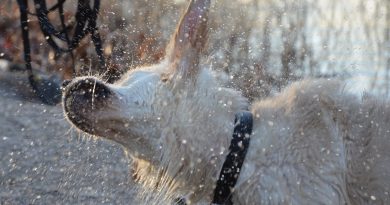 Smart Ways to Beat the Summer Heat with Your Dog

Aug 14, 2018 KristaLB Comments Off on Smart Ways to Beat the Summer Heat with Your Dog