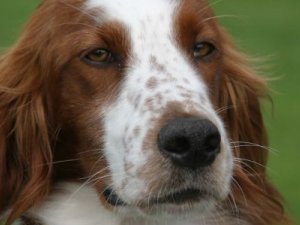 The American Kennel Club® (AKC) has added three new breeds to its 158 registered breeds eligible for full AKC registration and competition in their respective groups at conformation shows held on and after January 1, 2009.

The Pyrenean Shepherd, of which there are both rough-faced and smooth-faced coat types, has herded sheep in the Pyrenees Mountains of Southern France for centuries. It first distinguished itself outside its native mountains during its service to French troops during World War I. Hundreds or even thousands of Pyrenean Shepherds gave their lives for the cause as couriers, search and rescue dogs finding injured soldiers after battles, and accompanying guards on their rounds.

The Norwegian Buhund belongs to a large class of dogs called the Spitz type and was nurtured in the rainy western coastlands of Norway where they herded sheep, guarded farms and hunted bear and wolf. Besides working ability, Buhunds are trained to aid the hearing impaired, perform some types of police work, and perform well in obedience and agility trials.

Jun 29, 2017 admin Comments Off on Feather Plucking and Picking in Caged Birds