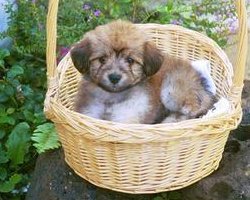 The nation's oldest and largest provider of pet health insurance has revealed that Bella the most popular dog name among it's customers for the second year running.

Veterinary Pet Insurance (VPI) analyzed the names of the pets of more than half a million customers to come up with a list of the most popular. After 6 years at the top, Max was knocked off the top spot in the 2009 list and Bella became the most popular name for dogs – a phenomenon VPI calls the "Twilight Effect", because of the character Bella Swan in the vampire-themes movies. While Bella has retained the number one spot, the name Max decreased further in popularity and was replaced by Bailey as the second most popular dog name.

Of the nearly half a million pets insured by VPI, only 13 were named "Fido", reflecting the current trend of owners giving their pets human names. Nearly every dog name on VPI’s Top Ten Dog Names list doubles as a popular human name. The company also wanted to find out the most unusual dog names in the company’s database. VPI employees selected 50 unusual dog names and voted for the 10 most unusual. They voted "Pickle Von Corndog" as the most unusual, followed by (in descending order): "Lord Chubby Pruneface", "Badonkadonnk", "Ninjastar Dangerrock", "Molly McBoozehound", "Dog Vader", "Flopsy Squeakerton", "Bettie Poops", "Geez Louise" and "Barnaby Bones". 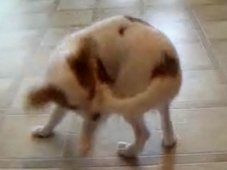