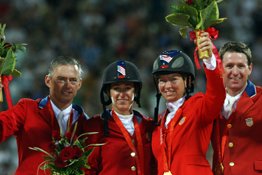 The United States has won the gold medal in the Olympic Show Jumping team competition after a jump-off with Canada. The Americans led the event from the beginning.

All four team members gave such a good performance that they have all qualified for the Individual Show Jumping competition later this week. McLain Ward (riding Sapphire) who is tied in second place is a medal favorite, with fellow team members Laura Kraut (riding Cedric), Beezie Madden (riding Authentic), and Will Simpson (riding Carlson Vom Dach) not too far behind.

One of the performances of the day came from Canada’s Ian Millar, at 61 the oldest competitor in the field, who produced a clear round on In Style to force a jump-off. But the defending champions took the pressure in their stride and all produced clear rounds. While Canada’s Eric Lamaz jumped a faultless round, teammate Jill Henselwood effectively lost the gold after picking up four faults on Special Ed. 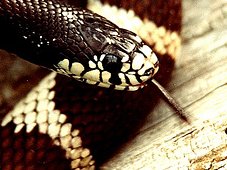 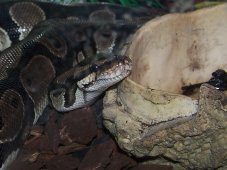 Jun 29, 2017 admin Comments Off on Housing Your Ball Python