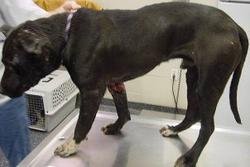 New York state has passed a new law that will help law enforcement crack down on dog fighting - they will now be able to prosecute for knowingly attending a dog fight. Previously, law enforcement was required to prove that attendees paid admissions or gambling fees.

Knowingly attending a dogfight is now a violation on a first offense and a misdemeanor on a second offense. In twenty-five other states felony-level penalties are applied to dog fighting spectators. However, New York is one of four states in the nation in which possessing dogs for fighting is still not a felony, and the Humane Society of the United States (HSUS) thinks this needs to be addressed.

"Spectators finance dogfights through admission fees and gambling, and New York’s law is deficient in handling these people who cheer and enable this cruelty," said Patrick Kwan, New York state director for The HSUS. "New York lawmakers have taken a giant step forward, and should take further action to crack down on the entire cast of characters involved in animal fighting."

Dog fighting has made headline news recently after NFL player Michael Vick was found guilty of taking part in an illegal dogfighting enterprise. More than 263,000 individuals contacted the NFL through the HSUS’ online advocacy campaign – only the campaign in the aftermath of Hurricane Katrina generated a faster response. 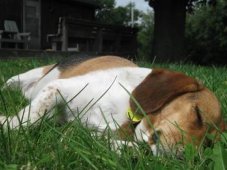 Give Your Dog Gingko

Jun 29, 2017 admin Comments Off on Reward Your Dog for Good Housetraining Habits