The first positive equine case of West Nile Virus (WNV) in California in 2008 has been reported in Riverside County. The affected horse, a 15-year-old quarter horse gelding, died of WNV disease complications.

WNV is a mosquito-borne virus that was first detected in the United States in 1999 in the New York City area. It may cause a wide range of clinical illnesses from mild, "flu-like" symptoms to encephalitis (inflammation of the brain) that may be fatal to both humans and horses. While horses are susceptible to WNV, many horses infected with the disease will not develop any illness and will recover uneventfully. Currently, there is no specific treatment for WNV.

California became the focus for West Nile Virus in 2004 with 540 confirmed clinical equine cases. Over 40 percent of clinically affected horses died or were euthanized. However, in 2006 and 2007 there was a significant decrease in confirmed equine cases with 58 and 28 cases, respectively.

Signs of West Nile Virus in horses include stumbling, staggering, loss of coordination, muscle twitching, circling, and inability to stand. Birds serve as the primary reservoir for harboring the disease. Mosquitoes transmit the disease to humans and horses after feeding on infected birds. Once infected, horses do not spread the disease to other humans or horses.

The California Department of Food and Agriculture is urging horse owners to consult their veterinarian to ensure each horse is current on West Nile Virus vaccinations. It is also important to practice mosquito control methods to aid in reducing mosquito-breeding sites. 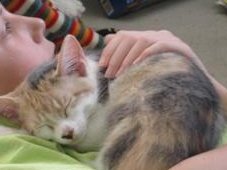 The Best Way to Pet Your Cat 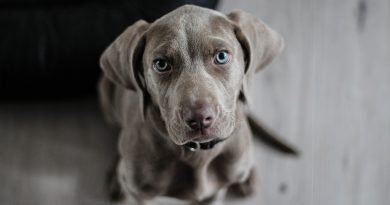