A new study by the nation's largest pet insurance provider has revealed Intervertabral Disc Disease to be the most costly condition to treat in dogs, and Foreign Body Ingestion to be the most expensive in cats. Other costly treatments include Lung Cancer and Cataracts.

Veterinary Pet Insurance (VPI), the nation’s oldest and largest provider of pet health insurance, recently analyzed medical claims submitted in 2007 to find the most expensive insured conditions commonly suffered by dogs and cats. VPI ranked conditions based on the average fees attached to common claims from among its more than 460,000 pets insured nationwide.

The data revealed that the costliest conditions affected pets of all ages and breeds and often required diagnostic tests and emergency surgery. Average claimed fees for the priciest conditions ranged from $500 to nearly $3,000. In dogs, Intervertabral Disc Disease (Average fee: $2,844), Lung Cancer (Average fee: $2,032) and Gastric Torsion (Average fee: $1,955) were the most costly conditions, with Foreign Body Ingestion, Cruciate Rupture and Cataracts coming close behind.

While treatments for many conditions not listed are routinely even more expensive than those ranked, VPI only considered commonly claimed conditions. Low frequency claims, no matter how expensive, were not included. For example, in 2007 VPI processed about two claims a day for intervertebral disc disease, about five claims a day for surgical removal of an ingested foreign body and about 15 claims a day for cruciate rupture. 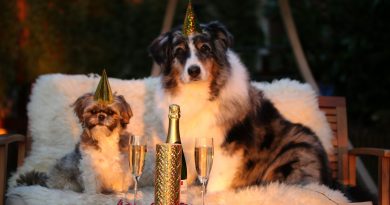