In January Florida's new exotic pet laws come into force. A $100 permit fee and state wildlife agency inspections should be expected for owners of the more exotic reptiles such as Nile monitors. State legislators estimate there could be anywhere from 3,000 to 5,000 animals affected.?

The new laws regulate the possession of six reptile species labeled as "reptiles of concern". Owners are required to have microchips implanted into their pets for identification purposes. Because many exotic reptile species can freely adapt to the local Florida environment, wild breeding populations can freely arise – causing problems for native wildlife. A breeding population of pythons has been found in Everglades National Park and the Nile monitors have established territory in Cape Coral on Florida’s West coast.

The reptile species affected are Burmese pythons, reticulated pythons, African rocky pythons, amethystine or scrub pythons, green anacondas and Nile monitors. The legislation also now requires permits for red-eared slider turtles, makes it illegal to allow them to reproduce, and requires all eggs to be destroyed. The turtles have been widely available in pet stores for years but were interbreeding with native species. Anyone who owned such turtles prior to July 1, 2007, doesn’t need a permit for them.

From now, anyone wishing to own one of the species in question must be at least 18 years old, complete a questionnaire, apply for a state permit, comply with new caging requirements and pay a $100 annual fee. The animal also must be inserted with a microchip for identification purposes by July 1. Failure to comply is a misdemeanor offense punishable by a fine up to $500 and 60 days in jail. 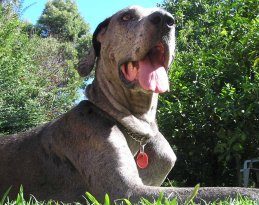