A survey, commissioned by the American Association of Veterinary Laboratory Diagnosticians and designed and implemented by Michigan State University toxicologists, has found that more than 300 dogs and cats may have died earlier this year as a result of eating contaminated pet food.

In addition, the survey also determined that the cause of death may have been related to two food contaminants which, separately, are relatively harmless, but together can be deadly. On March 30, the Food and Drug Administration announced that the pet food in question had been contaminated with a substance called melamine. It was later determined that other contaminants – cyanuric acid, ammelide and ammeline – were also in the food. However, the focus was placed on melamine and cyanuric acid.

"Separately, those two compounds are pretty harmless," said Wilson Rumbeiha, an associate professor in MSU’s Diagnostic Center for Population and Animal Health. "But when combined, they form crystals which can block the kidneys. And, unfortunately, these crystals don’t dissolve easily. They go away slowly, if at all, so there is the potential for chronic toxicity."

Collecting data from veterinarians, veterinary technicians and pathologists from April 5 through June 6, Rumbeiha found that 348 cases met the criteria for what he called "pet food-induced nephrotoxicity." The cases involved 236 cats and 112 dogs. Two-thirds of the animals affected were cats, but proportionally, more dogs died from eating the contaminated food than cats. About 25 percent of the affected animals had a pre-existing condition that made them more susceptible. Most of the conditions were kidney or cardiovascular disease.

The team also found that most recorded cases were in Texas, followed by Illinois and Michigan, and that an equal number of male and female animals were affected. The findings were presented at a recent American Association of Veterinary Laboratory Diagnosticians meeting in Reno, Nevada. 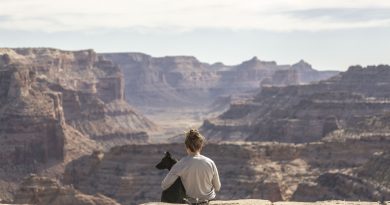 5 Pet Friendly Cities to Visit with Your Pooch

Aug 28, 2018 KristaLB Comments Off on 5 Pet Friendly Cities to Visit with Your Pooch

Jun 29, 2017 admin Comments Off on Introduction to Pet Ferrets