Consumers are being warned of a potential association between Chinese-made chicken jerky products and development of illness in dogs. The products can also be described as chicken tenders, strips or treats and more than 95 animals have been reported as experiencing illness that their owner associates with eating such products.

The Food and Drug Administration has conducted extensive chemical and microbial testing but has not identified any contaminant, and is therefore unable to determine a definitive cause for the reported illnesses. So far, they have ruled out melamine, one of the chemicals that led to the massive pet food recall this spring, and various bacteria such as Salmonella.

Banfield, The Pet Hospital, has presented data that suggests an association between exposure to the chicken jerky products and signs of gastrointestinal illness (vomiting, diarrhea and bloody diarrhea). Affected dogs have typically displayed decreased food consumption; decreased activity or lethargy; vomiting; diarrhea and increased water consumption and/or increased urination. Some or all of these signs may be present in any individual. Blood tests may indicate kidney failure (increased urea nitrogen and creatinine). Urine tests may indicate Fanconi syndrome (increased glucose). The FDA’s statement says that "most" dogs that have been reported so far survive the illness.

The FDA is advising consumers who choose to feed their dogs chicken jerky products to watch the dogs closely for any of the symptoms described above. While a list of brand/product names of affected treats is not yet available, the American Veterinary Medicine Association (AVMA) has learned that all complaints have involved jerky treats from China. We recommend that pet owners use their best judgment in this matter.

Introduction to Rats as Pets

Jun 29, 2017 admin Comments Off on Introduction to Rats as Pets

Looking After Your Dog’s Teeth

Jun 29, 2017 admin Comments Off on Looking After Your Dog’s Teeth 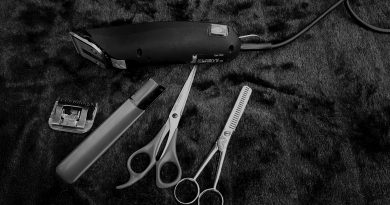 Oct 23, 2018 KristaLB Comments Off on 4 Simple Tips for Choosing the Best Dog Groomer