The European Union's parliament has unanimously voted to ban cat and dog fur imports by the end of 2008. The US Congress banned the fur in 2000, followed shortly after by Australia.

During the HSI’s investigation, cat and dog fur was found in Denmark, France, Italy, Germany, Spain, the Czech Republic, Austria and Belgium. An EU Parliament campaign led by UK conservative MEP Struan Stevenson pressed for an EU ban. Not until Italy, Denmark, Belgium, France and Greece had individually banned the fur, however, and the public in massive numbers demanded action did the EU Commission decide to take action.

"This has been a tough piece of legislation to get through but it is really about the difference it will make to the thousands of needlessly slaughtered cats and dogs killed just for their fur," said Swain. "By closing down this lucrative European market and following in the steps of the U.S. and Australia we can genuinely make these unscrupulous fur traders think twice and sound a death knell on this inhumane industry." 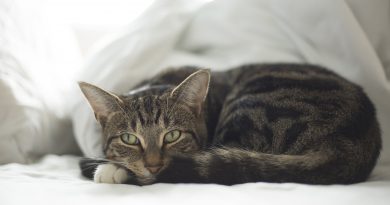 What Every Cat Owner Needs to Know About Feline Kidney Disease

Dec 13, 2019 KristaLB Comments Off on What Every Cat Owner Needs to Know About Feline Kidney Disease