New research by the FDA and Cornell University has shown melamine to be the contaminant in the recently recalled Menu Pet Foods, not a component of rat poison as initially suspected. The source of the contaminant is still thought to be a Chinese wheat import.

The Animal Health Diagnostic Center at Cornell and the New York State Food Laboratory have identified melamine as the contaminant in the "cuts and gravy" style food made by Menu Foods – the main component of most major wet pet food brands. Melamine is primarily used to produce melamine resin, which when combined with formaldehyde produces a very durable thermosetting plastic. This plastic is often used in kitchen utensils or plates. In animal studies, ingestion of large amounts of melamine in monomer form may lead to kidney stones, cancer or reproductive damage.

The FDA has reported finding melamine in the recalled pet food, in samples of wheat gluten imported from China used in the production of the food, as well as in crystalline form in the kidneys and in the urine of affected animals. However, the compound’s presence has not been conclusively linked to the animals’ deaths. The FDA has banned imports from the Chinese company responsible for the contaminated wheat and claims that the contaminant could not possibly have entered the human food chain.?

Menu Foods, which has been making pet foods since 1971, claims that all foods manufactured at its plant after March 6th are completely safe to be fed to pets. Paul Henderson, Menu Foods President and CEO, said "We are pet-people and we have almost 1,000 caring employees who are dedicated to making food that is safe, nutritious and palatable. We are angered that a source outside of the company has apparently adulterated the product causing this regrettable loss." 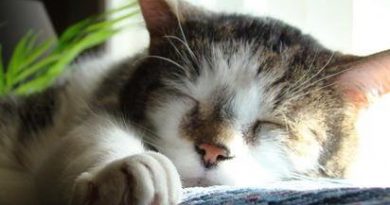 What to Do With a Demanding Kitty

Jun 29, 2017 admin Comments Off on What to Do With a Demanding Kitty 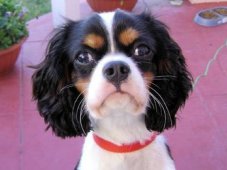