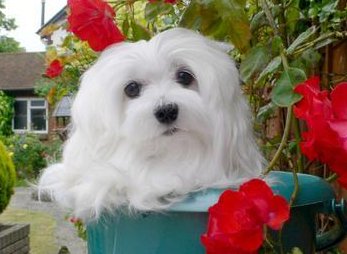 Her roommate, however, told her that his dog, Guinness, tended to be overprotective of women walkers. "Just hold his leash tight when men are walking toward you on the street,” her new roommate instructed. No problem, she thought.

Following this directive, Carp pulled the leash as men walked toward them on the sidewalks of her neighborhood and Guinness summarily lunged, barked and pulled with each approach, his behavior ratcheting up a notch if another dog was in the vicinity. Over time, Jodi herself became increasingly tense on these walks and was horrified – though not altogether surprised – when Guinness finally went at someone with his teeth, nipping their 82-year-old neighbor’s wrist with his sharp fangs. At this point, Carp decided her dog-walking days were done. She remembers, "I felt awful about the incident, and I didn’t want to risk something even worse happening while I was out with Guinness.”

According to Sandy Case, a certified pet dog trainer and co-owner and training director of Positively Canine in Oklahoma City, Carp and her roommate simply needed some training on how to care for their reactive dog. "They were basically doing everything wrong, and with a little instruction, they could have prevented a lot of their difficulties,” says Case.

What Is a Reactive Dog?
Reactive dogs aren’t hard to spot. Outdoors, such canines will lunge at people or dogs that get too close. They usually also bark loudly, growl forebodingly and may even bite anyone foolish enough to get close. In the home, the reactive dog can appear threatening to visitors as it jumps, barks and stares. Reactive dogs tend to stress out their owners as they try to keep visitors and passersby safe from their intimidating, if loveable, best friend.

Some breeds are more prone to reactivity. Terriers tend to respond excitedly to other dogs, for example, while herding dogs, like shepherds, are innately reactive toward movement, such as joggers. Any dog, though, can become reactive if it feels its safety and security are threatened. "The majority of reactive behavior is fear-based,” explains Case. "If a dog is confident, it doesn’t need to do these things.”

Understanding the Reactive Dog
Human misunderstanding of canine social norms is responsible for a large percentage of reactive behavior. Case says, "Dogs have greeting rituals, and they don’t involve walking up to another dog. For dogs, that isn’t polite. Once we’ve got them on their leash and are dragging them toward another dog to say hello, we’re setting them up for what might be a bad reaction.”

Canine caretakers also fail to identify their dog’s own pre-reactive behaviors. "Dogs are peaceful animals,” says Case. "They don’t want conflict. When they begin to feel tense, such as when they’re around another dog, they engage in self-soothing behaviors like looking away, sniffing and yawning, to let themselves and the other dog know things are okay.”

If these initial calming behaviors fail, the dog may stare or growl. While owners tend to tense up and correct dogs for growling, they should really only take the growl as a signal that it’s time to soothe their pooch. "Growling is communication,” says Case. "Make your dog comfortable rather than punishing it for expressing itself. You can do this by simply staying calm yourself and walking it away from the situation.”

Staying calm yourself is key: Tightening the leash and tensing up is one of the most frequent mistakes made by dog companions like Carp. Explains Case: "Dogs should be confident that we will handle things for them. They react because they feel they’re out there on their own. If they see their person is confident and proactive instead of reactive, they’ll feel a lot better. Its person needs to be a good leader.”

How to Manage a Reactive Dog
If your dog is reactive, Case recommends the following five steps:

1. Buy a harness Any tightening of a leash is restrictive to a dog’s airway, which will only heighten its anxiety. A harness removes the possibility of pressure on the neck, and also helps to rebalance a dog that’s lunging forward.

2. Have a plan Knowing what you will do (e.g., turn and walk away, keeping the dog moving) when your furry friend responds to perceived threats will allow you to remain calm. Part of the plan should involve reminding yourself to relax.

3. Be familiar with the signals When dogs begin to become uncomfortable, they may lick, yawn and sniff. As they get tense, they may exhibit changes in posture, such as becoming more upright, tucking their lower body backward or stiffening up. Staring is usually the last move before a more intense reaction. If you can get your dog out of a situation before the stare, you will nip the problem in the bud.

4. Retrain your dog Walk away from the tense situation to a comfortable distance, keeping the object of the dog’s discomfort in sight. Get your dog to glance at the other dog or person before it gets to the point of staring, and then give it a treat. Soon the dog will begin checking back with you when it sees things that make it tense.

5. Enlist help If you can’t handle the problem on your own, find a good trainer or behaviorist to work with. "A professional can observe your dog and possibly see a lot more about what it’s doing,” says Case.

With some time, effort and training, you can turn your reactive dog into a companion that any roommate would feel comfortable taking for a stroll around the block.

Jun 29, 2017 admin Comments Off on House Training Your Puppy

Guide: Finding an Obedience Program for Your Dog

Jun 29, 2017 admin Comments Off on Guide: Finding an Obedience Program for Your Dog